Prince Ned Nwoko was born into the royal family of Nwoko in Idumuje Ugboko, in December 1960. He had primary and secondary school education in Nigeria before proceeding to the UK where he studied for a first degree in law and history from the University of Keele. He thereafter attended Kings College, university of London, where he obtained an LLM in maritime and commercial law. He was called to the English bar, at Lincoln’s inn, before he joined the crown prosecution service as a prosecutor. He was later qualified as a solicitor of the supreme court of England and Wales. He worked with the two firms (Kumars Solicitors and Pascaldiers & co Solicitors), before setting up his own firm in London: Ned Nwoko & co solicitors. Prince Ned Nwoko was previously secretary general, Nigerian legal practitioners UK; an elected member of the law society, England and Wales and visiting adviser, citizens’ advice bureau, London. He was recognized as the best black lawyer in England in 1995. He has written and published many articles and is the author of two books - Nigeria: time for all hands to be on the deck and criminal law procedures in England and Wales. Prince Ned Nwoko is married with children.

Prince Ned Nwoko was elected into the Nigeria House of Representatives in 1999. He served for four years up to 2003, before deciding to contest for the governorship of delta state. In the national assembly, he contested for the position of deputy speaker, losing narrowly to Chibudum Nwuche. Within the four years he was in the House of Representatives, he learnt the skills and mastered the intrigues necessary to be an effective legislator. He was the leader of the millennium group in the House of Representatives. The millennium group was a group of legislators who came together to help foster good legislative/executive relationship. At various times he was listed among the ten most vibrant members in the House of Representatives on account of his legislative duties.
His Open Door Policy Prince Ned Nwoko is the only “big man” in the whole country without a security gate to his compound. His home and ranch in Idumuje Ugboko is open 24 hours of a day, all year round, to visitors. Callers to his home would always see prince Nwoko holding court with all sorts of people in his expansive compound. there are no forms to fill, no visible security men to scare away visitors and no high walls to prevent people from entering or seeing what goes on inside. Visitors would always be seen arriving on foot, on bikes and with motor vehicles. The general rule in this compound is “come inside as you like and go when you please”. many people come from far and near to solicit for prince Ned Nwoko’s help and intervention in many difficulties in their lives, while others come to relax and enjoy the ambience of the exotic compound. 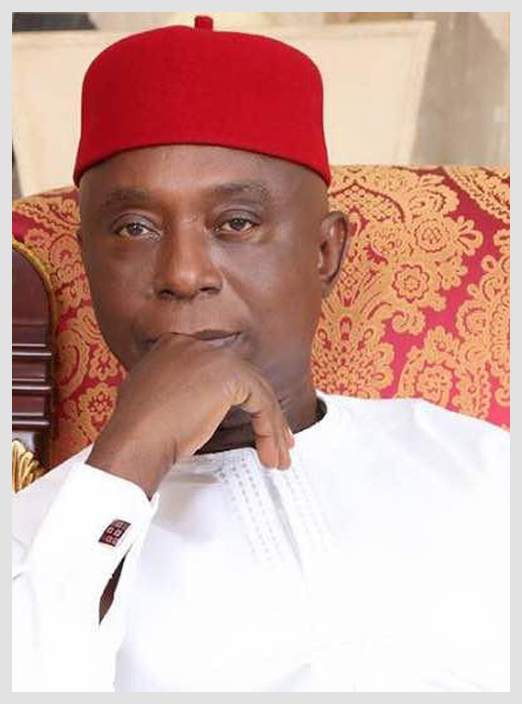